Join our Philippines photography workshop to explore Palawan, the Philippines’ most sparsely populated region, and the most beguiling. Pristine water, lush rainforests and an incredibly diverse wildlife define this yet-to-be discovered paradise. You will stroll through traditional fishing villages, paddle on underground rivers, photograph tropical flora and fauna, and capture colorful sunsets on white-sandy beaches. The highlight of our photography workshop will be the stay on Flower Island, a private island with its own pearl farm. You will be able to document the process of farming and harvesting the rare gems, something not a lot of people get access to. Our adventure will be framed by a stay in Manila, the Philippines’ bustling capital, which allows for exciting street photography. 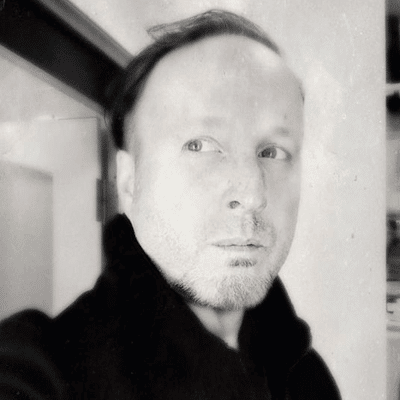 James Whitlow Delano is a Japan-based visual storyteller. His work has been published and exhibited throughout the world and led to four award-winning monograph photo books, including, “Empire: Impressions from China” and “Black Tsunami: Japan 2011”.

Projects have been cited with the Alfred Eisenstadt Award (from Columbia University and Life Magazine), Leica’s Oskar Barnack, Picture of the Year International, NPPA Best of Photojournalism, PDN.

ECC documents how climate change is not happening “over there” but it is also happening right here and right now. ECC is not a western view on climate change because photographers come from the north, the south; the east and the west; and are as diverse as the cultures in which we were all raised.

Delano is a grantee of the Pulitzer Center on Crisis Reporting.

In his webinar, James Whitlow Delano shares his inspiring photographs from assignments around the world as well as from the Philippines. He talks about one of his reportages that led him to a private pearl farm situated on tiny Flower Island off the coast of Palawan. He documented the farming process and harvest of the rare pearls and took stunning portraits of the workers.
James also talks about Palawan’s incredible flora & fauna, culture, and the locations we will visit on our Philippines workshop.

We recommend you to arrive one day earlier to get over your jetlag, adjust to the local climate and get the first feeling of the country. Manila, known as the “Pearl of the Orient”, is the nation’s capital city. This bustling historic city is full of things to see and do, including museums, parks, theaters, shopping malls and a plethora of restaurants to choose from. The Philippines is quickly becoming a destination for foodies, and Manila is well known for its varied cuisine and street food markets, like the Legazpi Sunday Market, Quiapo Market, and the country’s very own Chinatown, Binondo.

Better Moments can help you to book a hotel and arrange a transfer to pick you up at the airport. 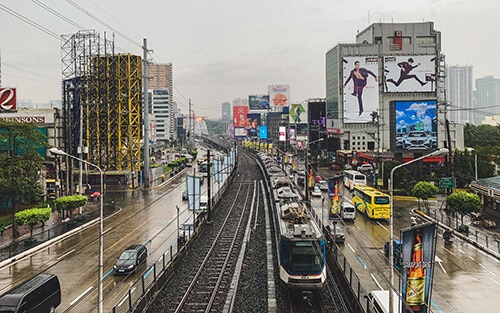 The legendary Manila Hotel holds a small museum of its celebrity guests, including MacArthur, Pope John Paul II and many others. From there, in walking distance is Rizal Park, the Manila Aquarium and Intramuros, the old colonial Spanish walled city.
For those who arrived before the start of the workshop, we invite you on a photo walk around the capital to capture the busy city life, people and Manila’s historical landmarks.

In the evening, we will meet in the hotel lobby for our welcome dinner where you will meet Better Moments expert James Whitlow Delano and your fellow travelers. After dinner, a presentation by James about his work and the workshop itinerary. 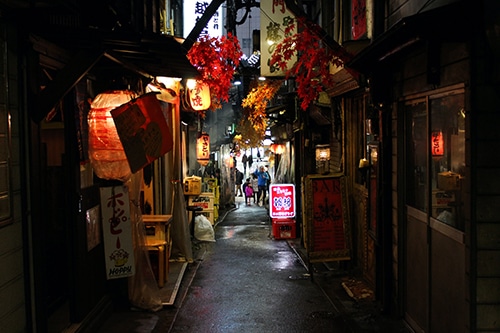 After enjoying breakfast at the hotel, we will spend the morning with a classroom session until it is time to depart to Manila’s domestic airport for the flight to Puerto Princesa. From there, a private transfer will take us to a jungle resort about 15 minutes away from Sabang (2h ride). The rest of the afternoon can be spent meeting the locals and exploring the lush rainforest around the resort and the beach nearby. The local flora and fauna is a great photo theme, and the beach is the place to be during sunset when the sky’s pink color gets reflected on the wet sand.

Overnight at the resort & spa. 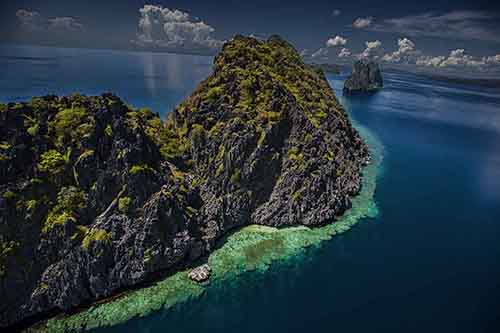 Breakfast at the hotel followed by a ride to Sabang, the fishing village and gateway to St Paul’s National Park. We will take a boat to the underground river, a UNESCO World Heritage Site, that we will explore onboard paddle boats driven by the park rangers. You can choose to return to Sabang by boat or, if you prefer, to hike the very scenic jungle trail to take photos of the incredible flora (about 2h, good physical condition required). After this adventure, we will enjoy lunch in a local restaurant in Sabang. In the afternoon, we will go for a walk around the fisherman village to take portraits and capture street scenes.

We will return to the hotel in late afternoon for an image review and critique with James Whitlow Delano. 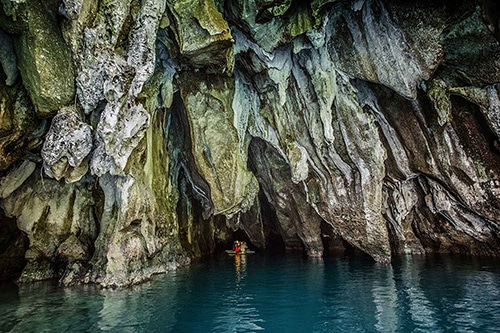 Breakfast at the resort before we travel to Taytay in Northern Palawan. There, we will visit the old Spanish fortress overlooking Taytay Bay, a great location for photography. A boat will take us to Flower island in the middle of the bay. Flower Island is a private tropical island off the beaten path. It is owned by a Frenchman who has a pearl farm just nearby.

After dinner at the hotel, we will meet to review the photos taken during the day. James will provide constructive feedback and criticism to help you improve. 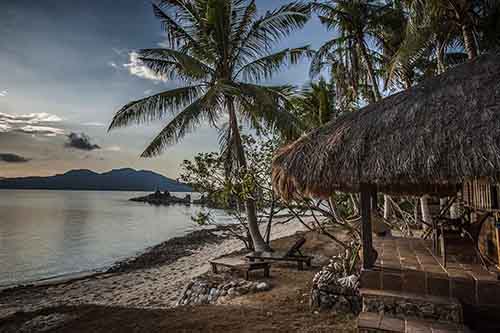 Breakfast at the resort. Today, we will visit the Pearl Farm to learn about pearl culture and its symbiosis with nature, and to take photos of the farming, harvesting and the whole process in general. For lunch, we will head to the beach, and if you like, you can throw on some snorkeling gear and explore the marine reserve. After an eventful day, we will travel back to Flower Island.

Dinner at the hotel, followed by an image review and presentation by James about visual storytelling. 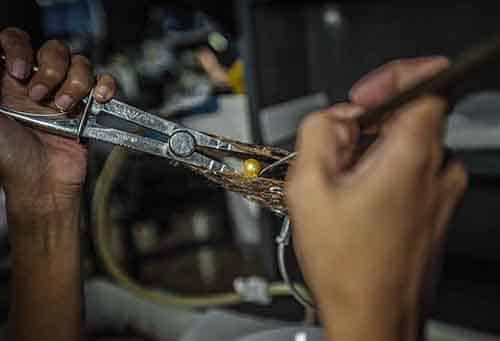 After breakfast, we will go on a walk around the island to discover its nature and wildlife and to ascend the island’s lighthouse. In this tropical haven, you will find endless possibilities for nature and landscape photography. In the afternoon, James will hold 1-on-1 sessions to give individual, in-depth feedback. For sunset, we will meet on the beach to take advantage of the golden hour and sunset colors.

Dinner at the resort. 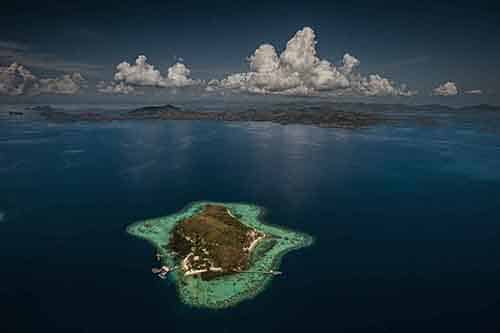 Today, we will continue our journey and travel to El Nido, which is known for white-sand beaches, coral reefs and as the gateway to the Bacuit archipelago, a group of islands with steep karst cliffs. We will spend the rest of the day exploring El Nido mainland with our cameras: the beaches, the village, the sunset over the bay… there will be something for everyone, landscapes, portraits, and village life.

Dinner at the resort, followed by an image review of the images taken during the day. 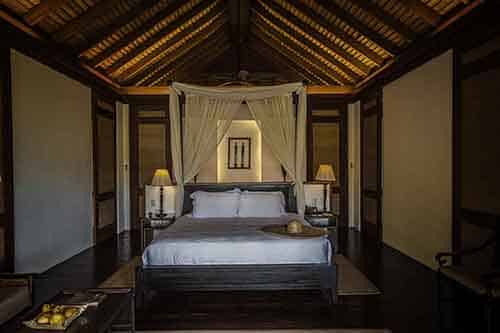 After breakfast at the resort, we will catch a boat to Miniloc Island Resort in the middle of El Nido Bay. This luxurious resort is nestled in a private cove on a limestone island. It is the perfect base to explore the surroundings. If time allows, we will use the afternoon for island hopping to discover more of the bay’s wonders.

Dinner on Miniloc Island and presentation by James Whitlow Delano on his post production workflow. 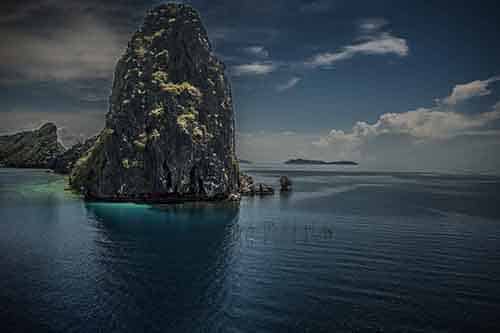 We will spent the entire day exploring Miniloc’s evergreen rainforest, its unique ecosystem, and the surrounding islands (e.g. Entalula – an island only accessible to the guests of El Nido Resort). You will be able to photograph the island’s famous lagoons and unbeatable tropical biodiversity. 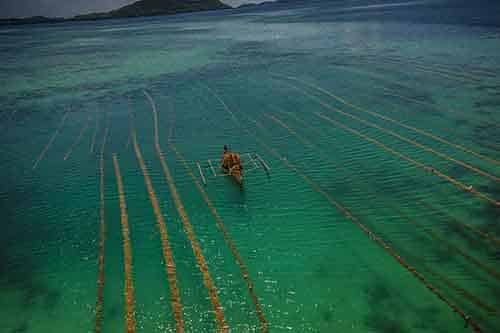 Breakfast at the resort. Late morning or afternoon transfer to El Nido airport for our flight back to Manila. Transfer to Conrad Manila Bay Hotel, overlooking Manila Baywalk. Rest of the afternoon and evening free to explore the modern city with your camera or to go shopping. The Baywalk overlooks the Manila Bay sunset, so make sure to not miss our last sunset on the Philippines.

Tonight, we will have a farewell dinner followed by a thorough review of some of the best workshop photos, with a glass of sparkling wine. 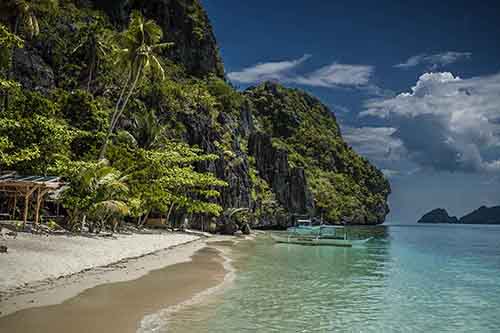 Today, we return home. However, if you like to extend your stay in the Philippines, Better Moments can give you advice on what to see and do. 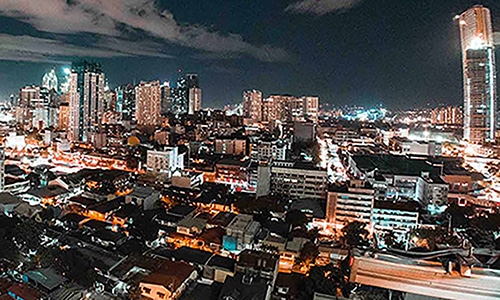 Enjoy Your Catalog with stunning photos from the Philippines 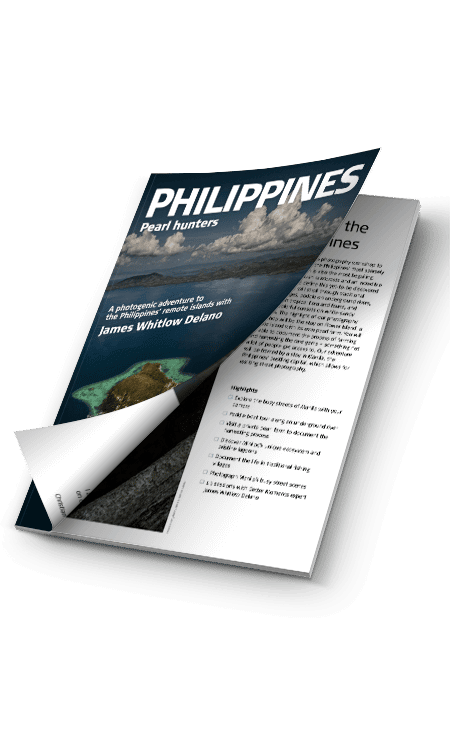 Got a friend or special someone you’d love to bring?
With our INVITE A FRIEND-initiative, you’ll be able to bring someone with you to our locations without having to enroll them in our workshops and save up to 25% of the total rate, depending on availability!

Groups sign-up a group of 4+ participants and receive a group discount.

All prices are per person. 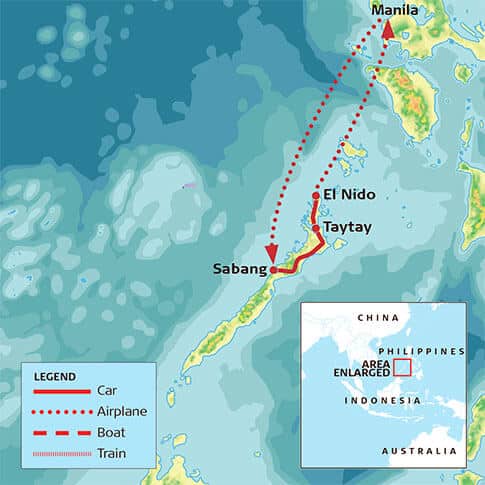 Ninoy Aquino International Airport is the international airport of Manila. The airport is located about 10 km south of Manila’s city centre.

Most nationalities can enter the Philippines without a visa for an initial period of 30 days. You can also get a tourist visa from the Philippine Embassy before you travel, which will allow an initial 59 day stay.

Palawan’s dry season starts in October, so November is a good time to visit Palawan. The climate is a bit humid, but overall, the temperatures are cooler than during other months with an average temperature of 27 degrees Celcius.

Filipino, along with English, is an official language of the country. It is a standardized variety of the Tagalog language, an Austronesian regional language that is widely spoken in the Philippines.

Check with your doctor which vaccinations or medications are recommended for this destination. Remember to plan well ahead with vaccinations. Allow up to six weeks to receive the full course, as some vaccinations require more than one dose, and some should not be given together.