AMAZING ICELAND WITH PHASE ONE EXPLORER

This is the land of Aurora and fire and ice. A land of spurting geysers, glaciers, boiling mud pools and waterfalls. Its mysterious landscape is an inspiration for many artists and photographers, who have a great passion for landscape photography.

The land is hardly populated, pure, unpolluted and holds truly magical stories and is an adventurous playground for passionate photographers.

Better Moments was the first to organize workshops in aerial photography in Iceland. For years, we have been shooting over the most scenic spots so don’t miss this unique opportunity to photograph Iceland from above together with the best. As we are relying on good weather, we cannot say in advance when and where we will arrange the aerial photography workshop, however, we will ensure that you will take home some wonderful landscape shots.

This offer is optional, hence, if you wish to join this particular workshop please let us know in advance. The price depends on the number of guests and location. Therefore, you can sign up and subsequently cancel if the workshop is outside your travel budget.

This excursion and workshop is  an opportunity to experience Iceland’s beautiful and dramatic ice caves. We will try to arrange a trip where we arrive at the cave early and before other guests to make sure we can photograph without disturbing elements in our pictures.

This offer is optional, hence, if you wish to join this particular workshop please let us know in advance. The price depends on the number of guests and location. Therefore, you can sign up and subsequently cancel if the workshop is outside your travel budget.

BETTER MOMENTS & PHASE ONE EXPLORER is your gateway to working with top of the line equipment from Phase One, We provide participants with FREE exclusive access to the power and versatility of the Phase One Premiere XT Camera System and Capture One software, as well as continuous support and training from both Phase One experts and award-winning Better Moments photographers. This workshop offers you the opportunity to learn, discover and explore the dramatic landscapes of Greenland together with passionate and like-minded enthusiasts, using the best photographic equipment on the market.

All our guests will receive – for free – exclusive Phase One equipment, software and training for use during this workshop, including: 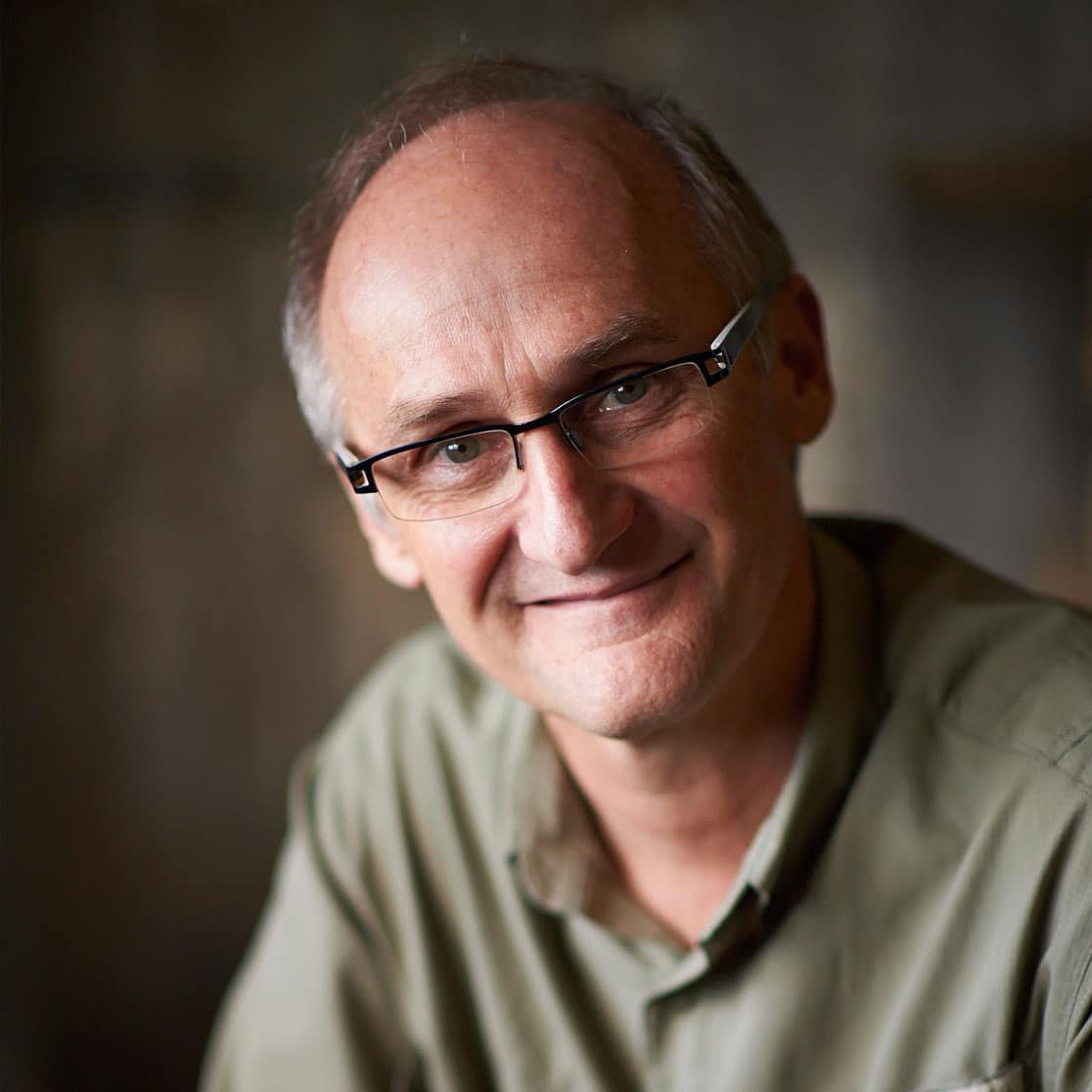 Peter Eastway is a contemporary Australian photographer who is known internationally for his landscape and travel photography. He also shoots editorially, selectively in advertising and portraiture. For more than 30 years, Peter has been involved in photographic magazine, establishing his own title with Australia’s Better Photography Magazine, in 1995. Today it is one of Australia’s leading photography magazines.

INTERNATIONALLY RENOWNED
His work has been exhibited and published internationally and he is the author of Lonely Planet’s Guide to Landscape Photography, as well as having his work featured on the cover of the Lonely Planet’s guide to Australia and in articles in the Qantas inflight magazine, and in an Apple television commercial.

He has worked with Phase One cameras, researching and promoting its high-end medium format cameras and Capture One raw processing software. And he featured in the television series Tales By Light as seen on the National Geographic Channel, produced in partnership with Canon Australia.

ICELAND BEHIND THE SCENES

See more of Iceland’s breathtaking landscapes and meet passionate photographers, Elise Lufkin from the United States and Jack Pasht from Canada, who joined our Iceland workshop in 2015.

Better Moments and Peter Eastway will meet you at our hotel in Reykjavik for dinner and give you a detailed briefing on the coming week and workshop.

After a nice welcome dinner, we present our program as well provide you with our best advice on equipment usage and important location details.

Tonight ends with an image show of Peter’s best work from Iceland. 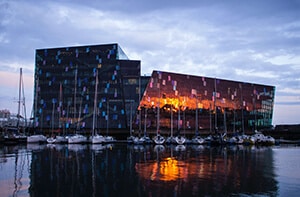 Departure for Snaefellsnes. There, we stay at a hotel on “the cliffs” overlooking the Northern Atlantic.

We will shoot the steep basalt cliffs of Arnarstapi and the motion of the sea. Just a few kilometers north are the huge sea stacks and lava formation of Lóndrangar. We will also be shooting along Djupalónsandur Beach with its black pebbles and cubistic basalt walls.

After dinner, Peter will give an entertaining lecture about his outstanding work as a landscape photographer.

This day is set to explore one of the world’s most dramatic coastlines. We will photograph from selected viewpoints and eventually make our way down to the lava beach itself. In short, this will be a wonderful day with unmatched opportunities to capture the mighty coastline.

We have an almost – secret place – which we always visit when we are here: lush and deep green lava fields that form a wonderful foreground to the surrounding snowy mountains. With a little bit of luck we may catch the northern lights when they dance around the mountain peaks.

After a nice dinner, Peter will review images shot during our workshop and also introduce you to his workflow of editing his pictures. 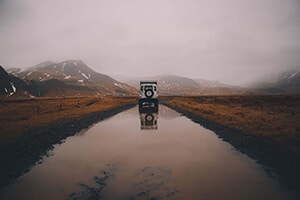 Departure from Snæfellsnes. A full day shooting waterfalls. First stop at the complex system of waterfalls at Hraunfossar. Hraunfossar is a series of waterfalls formed by rivulets streaming over a distance of about 900 metres out of the Hallmundarhraun, a lava field which flowed from an eruption of one of the volcanoes lying under the glacier Langjökull.

After lunch and a draw we hike we get to Brúarfoss. Brúarfoss is a relatively small waterfall compared to many of its Icelandic counterparts, but its diminutive size does nothing to take away from its staggering hidden gems.

In the evening photo shoot Aurora Borealis at the gigantic waterfall Gullfoss.

In the morning, we will drive through the scenic landscape our way to Gjáin and Háifoss. We move on to dirt roads and eventually barely discernible tracks across the pitted lava and ash plains in the shadow of Hekla, one of Iceland’s more active volcanoes.

We will enjoy our picnic lunch around the Háifoss area. Háifoss is one of the most impressive waterfalls of Iceland, which plunges 122 meters into a deep gorge. After lunch and shooting, we will drive through the scenic landscape to Gjain, a picturesque canyon in Tjorsardalur.

After dinner, Peter will review images shot during our workshop and share his knowledge on editing workflow.

Today we shoot at the mighty waterfalls of the south coast, Skógafoss and Seljalandfoss. We will spend the afternoon exploring the basalt cliffs of Reynisfjara and doing an evening shoot of the vast cliff Dyrhólaey. This is one of our favorite spots in Iceland as the view is stunning: to the north, the impressive glacier Mýrdalsjökull is visible; to the east, the black lava columns of the Reynisdrangar peak out of the sea and finally, to the west, the whole coastline stretches out. In front of the peninsula, there is a gigantic black arch of lava towering in the sea, which gives the peninsula its name (meaning: the hill-island with the door-hole).

The extraordinary glacier lagoon Jökulsárón is the largest glacial lake in Iceland. It is situated at the south end of the glacier Vatnajökull between the Skaftafell preservation area in Vatnajökull National Park and the town of Höfn. Here, we will spend the day along the coast where the mighty and photogenic icebergs are forming in the fjord. We will organize our photography depending on the light conditions, e.g. if it is overcast with dramatic skies.

After dinner, evening photo shoot of the shimmering icebergs floating in the lagoon and along the coastline. 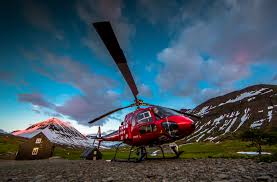 This morning’s activity is optional: there is a possibility for a three-hour guided ice cave tour to Vatnajökull for those who are interested. There is also the opportunity to participate in a productive and inspiring class in photo editing by Peter and a Better Moments guide.

After lunch, we drive towards Reykjavik. If time allows, we will stop along the way to take photos.

In the evening, we will have a farewell dinner and celebration of our great trip. 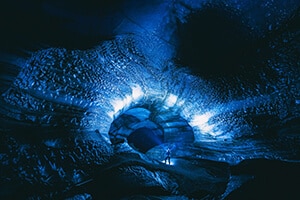 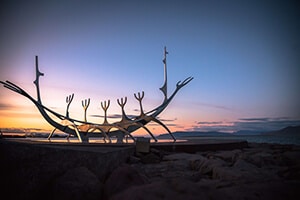 Enjoy Your 30-Page Catalog with stunning photos from Iceland 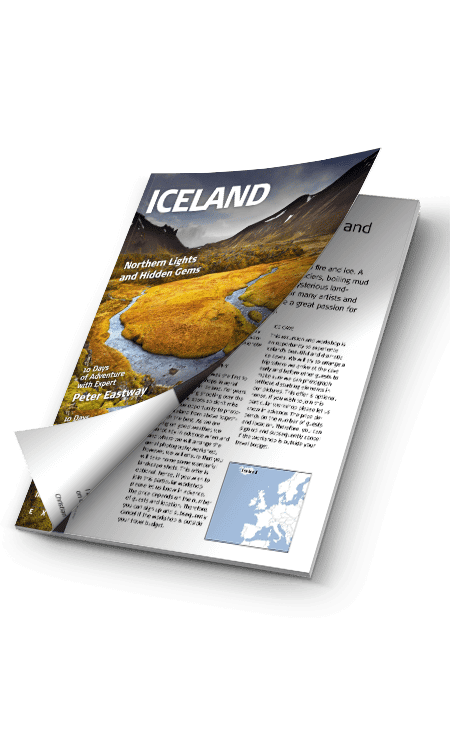 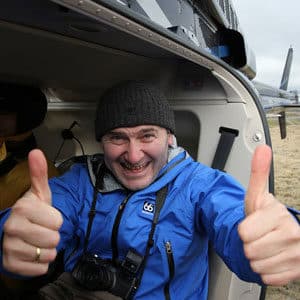 “I have visited more than 50 countries. But no country is more amazing than Iceland. Here you have everything you could dream about, as a landscape photographer, waterfalls, volcanoes, caves, mountains, rivers – I could go on. I have traveled with Better Moments many times, Iceland three times, Greenland, Svalbard, Söderåsen national park, Abisko and next year I plan to join in for the Faroe Islands workshop.” 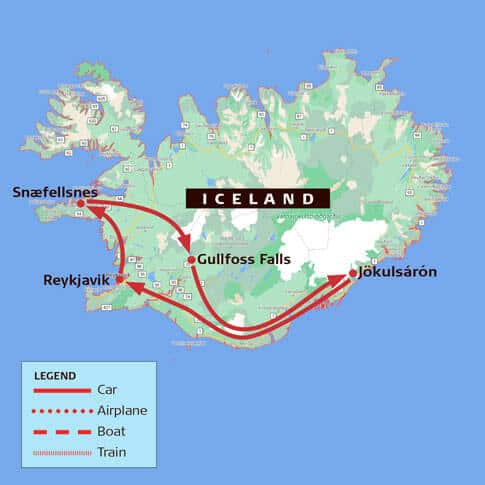 There are several flights, many on a daily basis in the summer, from a number of major European and North American gateways to Keflavik International Airport in Iceland. Flight times are approximately 3 hours from London and about 5 hours from New York. Keflavik is 48 km to the west of Reykjavík. Domestic flights, flights to Greenland and the Faroe Islands operate mostly out of Reykjavík Airport, which is located in the city centre.

Iceland is a member of the Schengen Agreement. Nationals of EU and EFTA (Iceland, Liechtenstein, Norway, Switzerland) countries only need a valid national identity card or passport for entry. All other visitors are required to have a passport valid for at least three months beyond the intended stay, and some will need a visa. Please check with the local embassy.

Iceland enjoys a cool temperate maritime climate thanks to the Gulf Stream, but the weather is known to change quickly and often. The average daily temperature in Reykjavik ranges from -1°C in January to 11°C in July.

The official language is Icelandic, but most Icelanders speak English.

The Icelandic monetary unit is the Krona (ISK).