Ethiopia’s landscapes are dramatic. The mountainous country in Eastern Africa holds a vibrancy that captivates and enchants. It has more UNESCO-listed sights than any other country on the continent. The lush mountains with its jagged spiers and magnificent views hide animals and birds seen nowhere else on Earth, and the lowlands are home to some of Africa’s most fascinating tribes. It is the only country on the African continent that has not been a colony. It is authentic, intoxicating and truly a photographer’s dream. 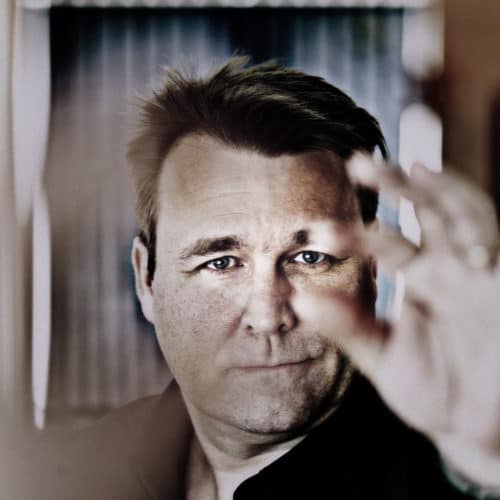 Christian Nørgaard is the founder and CEO of Better Moments. For years he has photographed and traveled extensively in Asia and has received wide acclaim for his unique photographic talent. In recent years he has also collaborated with Steve McCurry and other National Geographic’s leading photographers for exhibitions and events. His workshop in Ethiopia is a unique opportunity for any photographer to combine adventure, travel and reportage photography and to work with one of the best in the field.

Upon arrival in Addis Ababa, you will be picked up at the airport and taken to our hotel. Those who have the time and spirit can spend their first day exploring the capital, Addis Ababa. Ethiopia’s sprawling capital is located in the highlands bordering the Great Rift Valley, serving as the country’s commercial and cultural hub. Its National Museum exhibits Ethiopian art, traditional crafts and prehistoric fossils, representing a rich history dating all the way back to the earliest known hominid, “Lucy.” The burial place of the 20th-century emperor Haile Selassie, the copper-domed Holy Trinity Cathedral, is a neo-Baroque architectural landmark of particular interest. After dinner, Christian Nørgaard will introduce the workshop and present his work from previous trips to Ethiopia, to prepare you for the adventure ahead. This will be followed by a workshop on how to capture great portraits and how to approach the people along our way.

We spend our morning at Addis Mercato, known as Africa’s largest market. A true bombardment of the senses, with craft shops, cattle and spice stalls filling the narrow alleyways, providing many fascinating and colorful photo opportunities. This is a uniquely intriguing place to get lost with your camera and immerse yourself in the beautiful chaos.

After Addis Mercato we fly south to Jinka, the “capital” for the Mursi people.

After settling in, we will join each other for an enjoyable outside dinner with a nice view of the nearby river.

We spend the day exploring the stunning Mago National Park, located on the east bank of the Omo River. The park is 1,343 square miles, and its highest point is Mount Mago. We will have an opportunity meet the Mursi, a community that inhabits Mago National Park, known for the lip plates worn by the women. During the day, there will be a hands-on sessions with Christian, and you will receive an individual review of your images so far, as well as personal tips and advice to help optimize your photography. We stay at a tent camp (each guest has their own tent) in the heart of a local Mursi village. Here, we will melt in with the tribe and photograph the many everyday tasks the tribe performs. Among the many activities to photograph, one of the highlights is when the tribe gather the cattle home from the savannah evening.

In the early morning, we walk around the village and explore how the Mursi take their cattle out on the fields and how they cook on an open fire. This experience is unique and a great opportunity to learn about their culture in a spirit of authenticity and mutual respect. After breakfast, we drive to the market town of Turmi in southwestern Ethiopia. Here, we will visit a number of surrounding villages and tribes, such as the Tsemay, Erbore and Konso, who decorate themselves with beads, feathers and elaborate body paint, priding themselves on ancient traditions. During the day, there will be many unique opportunities to practice shooting scenes of everyday village life, as well as portraits of women, men and children, including some intriguing initiation rites.

We will use the day to meet the Hamer Bena, Tsemay, Beshada, Karo and the Ari people – enjoying a busy and a fascinating day together with tribes and local people. Christian Nørgaard will assist, guide and teach how to approach people and how to find locations, and there will be great opportunities to practice some more landscape and portrait photography in some of the world’s most stunning locations.

Early in the morning, we drive to a Karo village located on a hill top overlooking the Omo River. We will set up our equipment in the nice and soft morning light and spend the rest of the morning capturing every detail in the village. The Karo is undoubtedly the most fascinating tribe in terms of personal decoration. The tribespeople paint their bodies from toe to face white expressive patterns – truly an amazing sight and a magnificent location. In the evening, we hold a workshop with constructive feedback on your best shots of the day.

Today, we will drive to Konso and visit the market in Key Afer, where we will meet tribes such as the Ari, Bena, Tsemay, and Hamer. The market in Key Afer is a wonderful mix of local crafts, cattle sales and small hostels where local men meet. Another day full of adventure with our cameras – shooting everything from great landscape photography to fantastic opportunities for unique portrait photography. Tonight, we all meet after dinner to work on our images. Christian will support one to one with his point of view in regards to framing and basic photoshop workflow.

Many tribes live around Konso, which is located on a mountain top, and there are many small isolated villages scattered on the surrounding hillsides. We will spend most of the day in a village that is one of the most beautiful in the area. Here, we will photograph the daily life where men and women work in their clay houses together with their kids and cattle. A farewell dinner and a thorough review of some of your best workshop photos will by led by Christian Nørgaard.

On the final day, we will all take a cruise on Lake Chamo, where you will find a great variety of birds, hippos, crocodiles and other wildlife. After lunch, we will return by plane to Addis Ababa International Airport for your return flight home.

Enjoy Your 38-Page Catalog with stunning photos from Ethiopia 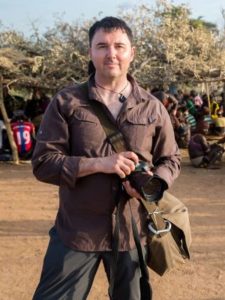 Brian has been a life-long world traveler, and photography is a way for him to experience other cultures and share experiences with friends and family. He especially loves making environmental portraits.

“The Ethiopia workshop was a wonderful way to hone my craft with a portrait master. It was also wonderful to spend time to other photographers who share my passion for making art through travel.”

Brian Cruickshank, USA, who participated in the Ethiopia workshop. 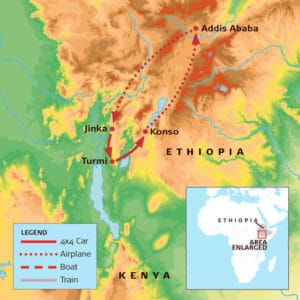 Fly to Addis Ababa Bole International Airport, where we meet and pick you up at the airport.

The Ethiopian embassy in your home country is the best source of up-to-date information.

Ethiopia has about 200 dialects but many speak English.

Top things to do in Addis Ababa: