Just another day at the office

Traveling to the edge of the world is not “just another day at the office” – thus, Better Moments’ workshops are far from ordinary. After a decade in the business, we have some unusual – but often fun – stories to tell that you will hopefully enjoy reading. We hope that by this we can entertain and inspire you so that you’ll be part of our story one day. 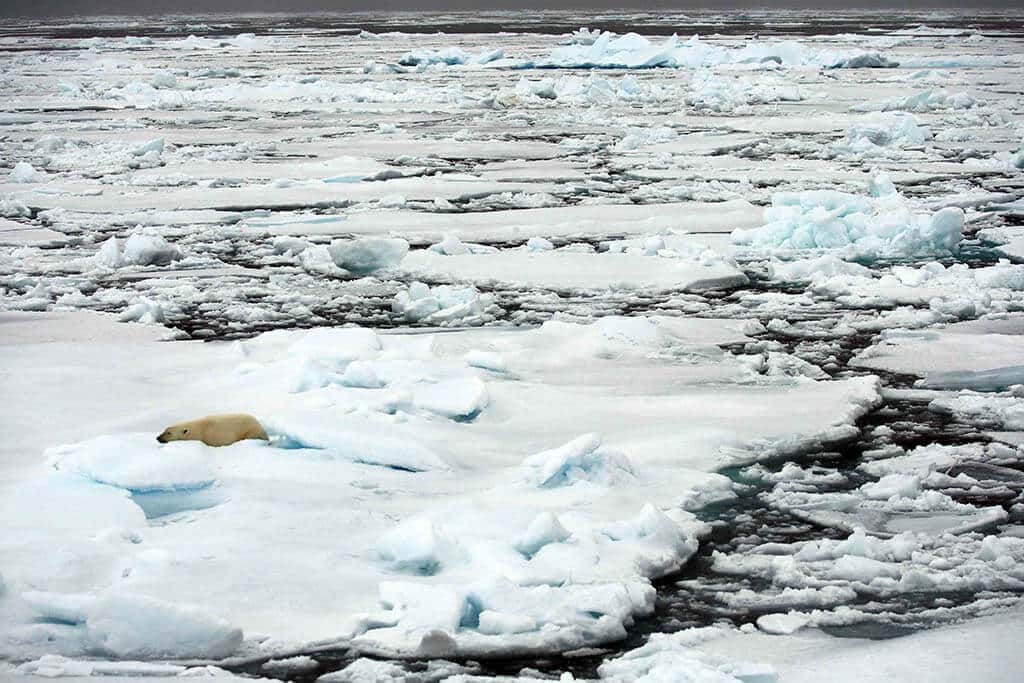 A lonely polar bear is is having a rest on the pack ice. | Photo C. Nørgaard

Welcome to the Arctic!

The expedition ship was on the edge of the 80th parallel,  just 600 nautical miles from the North Pole. It had been snowing for the most part of the night and a nasty storm, which had been chasing us for several days, was now right behind us.

I was sleeping soundly when I suddenly heard and felt ice hitting the iron hull of the ship. The violent noise got me out of my bunk bed quicker than usual.  “Welcome to the Arctic!” I thought to myself while I put on my clothes to go investigate.

We are not going anywhere

Fortunately, there was no damage to the ship as it was sturdy and built for the harsh conditions of the cold Northern waters. Soon we were stranded in the pack ice north of Nordaustlandet, not far from the coastline of East Greenland. The captain turned off the ship’s engines and there was silence – if there was ever a situation that illustrated the word “tranquility”, it was here, at this very moment.

I walked up on the upper deck from where I was able to overlook the pack ice. I am not exaggerating when I say that the view was breathtaking. As far as my eyes could see, there massive blocks of ice as well as proper icebergs. Small patches of seawater were scattered between them – but we were truly trapped in the ice. All I could hear was a light wind that made the ship’s flag flutter in the cold breeze. We were not going anywhere. 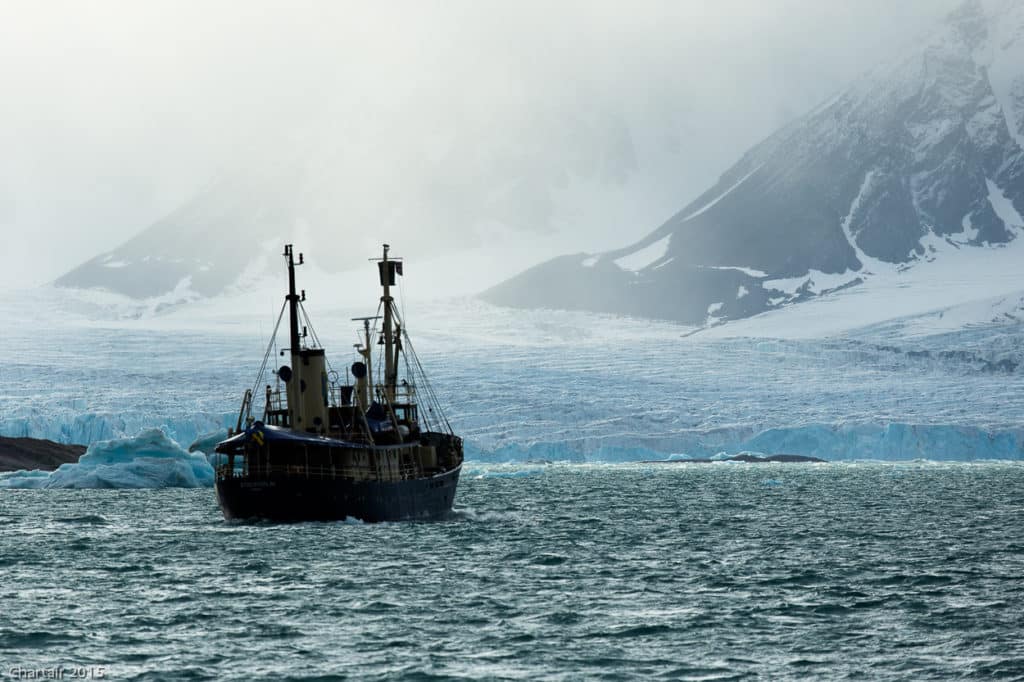 Sooner or later a polar bear will show up

We had sailed from Longyearbyen, the capital of the Svalbard archipelago, the week before. The weather was stormy, the waves a few meteres high and the visibility somewhere between poor and nonexistent. Therefore, photography and convivial evenings in the common room were replaced by seasickness and long nights in the bunk beds.

But now, in this moment, our luck had returned as we were fortunate enough to get caught in the pack ice – just as we had planned. Why? Because it is precisely here in the pack ice that the greatest experiences await those who have patience. And I had all that time in the world. The goal was to wait for polar bears to appear. The white bears are curious and can smell food and humans (a delicacy!) from great distances.

And that’s exactly why you put your expedition ship in the pack ice. Sooner or later, a hungry and inquisitive polar bear will show up – and that happened earlier than expected, right when I drank a cup of steaming hot coffee to wake myself up. A couple of hundred meteres away, I saw a bear come across the ice. Here and there it jumped from one sheet of ice to another and once in a while it had to swim.

I picked up my camera and the rest is history – and a series of images from a fairly “ordinary day at the office”. 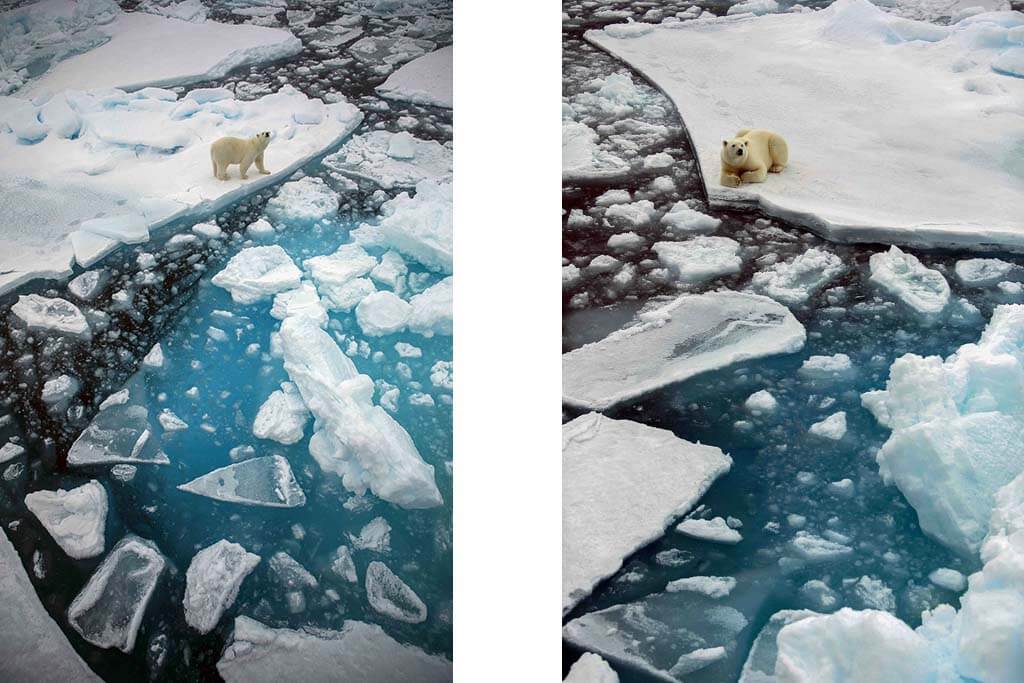 A male polar bear curiously investigates the humans on a nearby ship. | Photo C. Nørgaard

The polar bears on Svalbard are very exposed and an endangered species, as most of the areas that are usually covered by ice have melted away due to global warming. This means that the polar bears’ ability to catch seals on the ice is almost impossible.

A few facts about polar bears for the curious

The polar bear (Latin: Ursus maritimus) is a large yellowish-white bear. It can grow to about 2.8 meters long and weigh up to 700 kg, making it the largest bear species. The polar bear feeds on seals, fish, snow hares, polar foxes, lemmings, seabirds, young walruses, belugas, in fact any source of meat – including carrion and human waste, making it a potentially rather dangerous neighbor in Arctic communities, e.g. on Svalbard.